The Grand Finale of the “Last Minute Holidays” competition is going to take place at Galeria Bronowice on the 31st August. The first prize is a voucher for a holiday adventure worth PLN 10 000! Five of the competitors who scored the highest during the 10-day-long competition are going to advance to the final round. The rules of the event are available HERE

The Grand Finale is not only a battle for first prize, but there are also going to be plenty of attractions and surprises for other participants of the event.

The most popular Polish acrobatic group, Everest, is going to conclude the event with their spectacular show. Their spectacle is a breath-taking show of physical strength and precision, during which the limitations of human body are transcended. 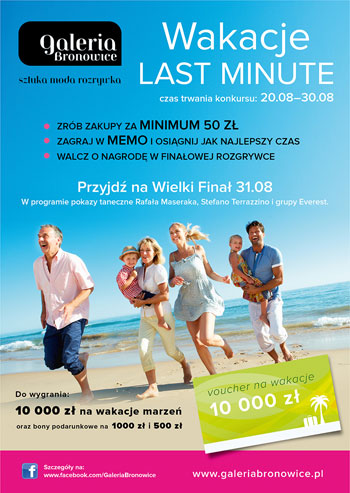