This upcoming Saturday, January 18, an unusual football event is going to take place in Galeria Bronowice. The players of Wisła Kraków, a club with rich history and traditions, are going to appear in the shopping center as part of the campaign "Never going to die" At the level +1, next to Polakowski restaurant, a Wisła zone is going to be set up, where you can talk to the players, take souvenir photos, as well as buy a season ticket for the upcoming spring round.

Saturday in Galeria Bronowice is going to be marked by sports emotions. There will be a unique Wisła zone in which the White Star footballers will appear. You will be able to talk with popular players about their preparation for the spring round, get an autograph, and take a souvenir photo. In addition, everyone will be able to try their hand at a virtual FIFA duel, play interactive games, as well as take a picture in the Wisła photo booth with gadgets. In addition, at the stand of the club store Wiślacki Świat, you will be able to buy official t-shirts and other little things with the logo of the White Star. There will also be plenty of competitions with attractive prizes. As part of the “Never going to die” campaign, you will also be able to get season tickets for the upcoming spring round.

Attractions that will warm up the fans before meeting the players will start at noon. Wisła Kraków footballers going to appear at 4.00 p.m. to meet their fans just before leaving for the camp. 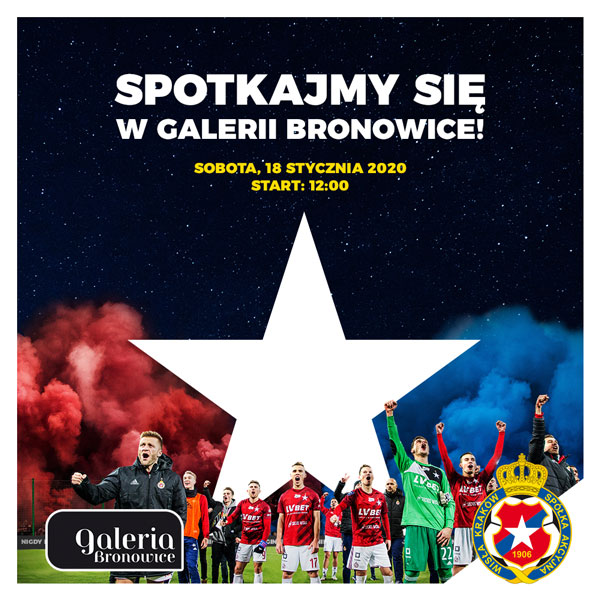